South, South East and East Asian countries comprise of more than 50% of the global population. Since 2000s the urban areas in these countries have grown at an exponential rate and the trend is expected to continue in the near future.The extent and pattern of urbanization has huge impact on the environment, society, economy and politics and influences decision making process. This new satellite based dataset provides a current, consistent, and seamless map of urban, built?up and settled areas using multiple classifications of MODIS time series data. The maps are currently provided for each of the 17 countries in the East and South East Asian region, as well as for the region as a whole at 250 m, 500 m, and 1 km spatial resolution. For more details, refer to the read me files in the downloaded data. 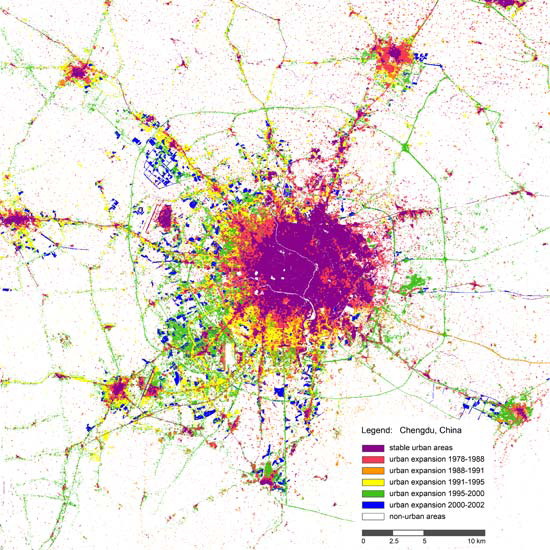