A series of meetings on Earth Science Collaboration was successfully held in Hanoi, Vietnam, in the week of 7-11 November 2022.  These were coordinated by the NASA Headquarters (HQ), the NASA Office of International and Interagency Relations (OIIR), the NASA Representative for Asia (Tokyo Office), the Jet Propulsion Laboratory (JPL), and the U.S. Embassy in Hanoi in the U.S. side, together with the Vietnam Ministry of Science and Technology (MOST), the Vietnam National Space Center (VNSC), the Vietnam National University (VNU) Hanoi University of Science (HUS), and the Ho Chi Minh City University of Natural Resources and Environment (HCMUNRE) on the Vietnamese side.   The U.S. Ambassador Marc Knapper attended a formal reception (Figure 1) and made the opening remarks at the VNU HUS meeting.  Dr. Jack Kaye from NASA HQ make keynote speeches at both the VNSC and HCMUNRE meetings on the overall NASA Earth satellite missions, Earth science achievements, and future plans, using inputs from multiple NASA R&D Programs, including materials from the LCLUC Program provided by Dr. Garik Gutman.  Dr. Son Nghiem from JPL presented specific examples of Earth science results from research collaboration between NASA and Vietnam, primarily from science projects supported by the LCLUC Program.  There was an array of Vietnamese presentations on Earth science and applications, remote sensing strategy, space programs, national and international policies by ministries, institutions, and universities in Vietnam.  Both sides carried out discussions, including those in the MOST meeting, on open science and open data, on Earth science priorities from the near term to the long term, and on potential collaboration directions such as satellite mission synergy, airborne campaigns, and in-situ field experiments for science calibration and validation of future satellite missions.  Moreover, a NASA Earth Science Event (Figure 2) was organized by the U.S. Embassy in coordination with NASA OIIR, and was hosted at the American Center in Hanoi, which attracted extensive public interests and the mass media in Vietnam. 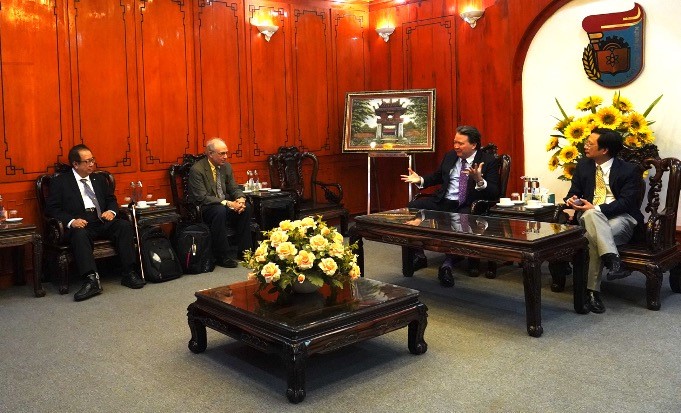 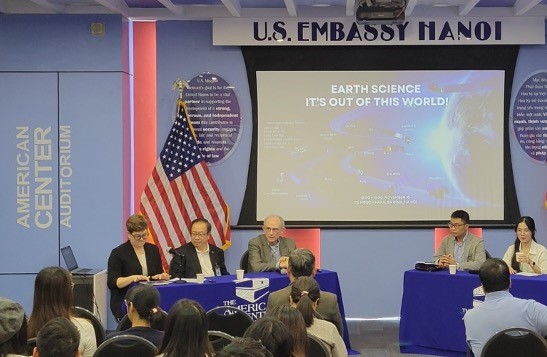 Acknowledgments: The research was carried out at the Jet Propulsion Laboratory, California Institute of Technology, under a contract with the National Aeronautics and Space Administration (80NM0018D0004).