Son Nghiem elected as a Fellow of the American Geophysical Union

Each year since 1962, AGU has elected as Fellows members whose visionary leadership and scientific excellence have fundamentally advanced research in their respective fields. This year, 62 members will join the 2019 class of Fellows. Only 0.1% of AGU membership are selected as Fellows in any given year. This year LCLUC PI, Son Nghiem has been elected as a Fellow of the American Geophysical Union.

Since starting at JPL in 1991, his research topics have included the tropics, polar landscapes, the oceans, the atmosphere, the Greenland ice sheet, and Arctic changes. His body of work includes active and passive remote sensing, development of advanced satellite radars and radiometers, electromagnetic scattering and emission modeling, and Earth science and applications. Nghiem is currently the Science and Applications Development Lead of the Radar Science and Engineering Section, and the JPL Hydrology Discipline Program Manager of the Hydrology Office in the Earth Science Research and Mission Formulation.

In 2012, he gave presentations about science findings on Arctic change and impacts to the Office of Science and Technology Policy in the White House, and on global mega urbanization to the Science and Technology Advisor of the Secretary of State. Nghiem and the other 61 new Fellows were honored at the AGU fall meeting in San Francisco on Dec. 11. 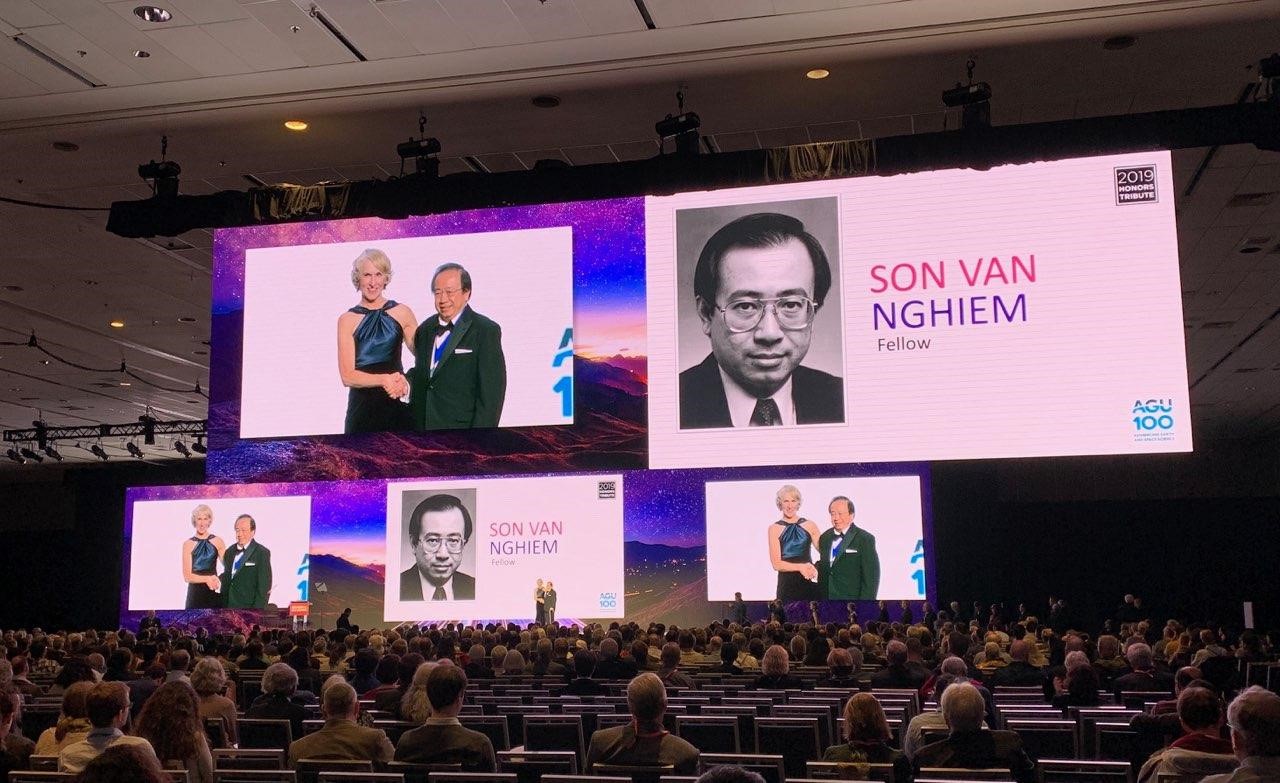