Over the next two decades, the combined urban population in China and India will grow by more than 700 million. China’s urban population is expected to increase by 400 million and India’s urban population will nearly double from today’s 350 million. Put into a global context, by 2030, nearly one-third of the world’s urban inhabitants will live in either China or India. The primary goal of this NASA LCLUC project was to quantify and understand the growth of urban clusters and the loss of agricultural land in these two rapidly urbanizing countries. I will highlight two key outputs from the project: the development of a methodology to identify the growth of urban clusters and the development of an algorithm to identify the loss of agricultural land. Both methods use time series MODIS and DMSP OLS data to assess land change.

In this study, we combined a hierarchical classification approach with econometric time series analysis to examine the loss of agricultural land in India using time series night time lights data and MODIS NDVI images for the period June, 2000 to May, 2011 (Pandey and Seto, 2015). Our methodology to identify the loss of agricultural land loss was in three stages: a) generating an urban/non-urban mask; b) identifying agricultural pixels that had been converted to urban; and c) identifying the timing of the land conversions (Fig 1). 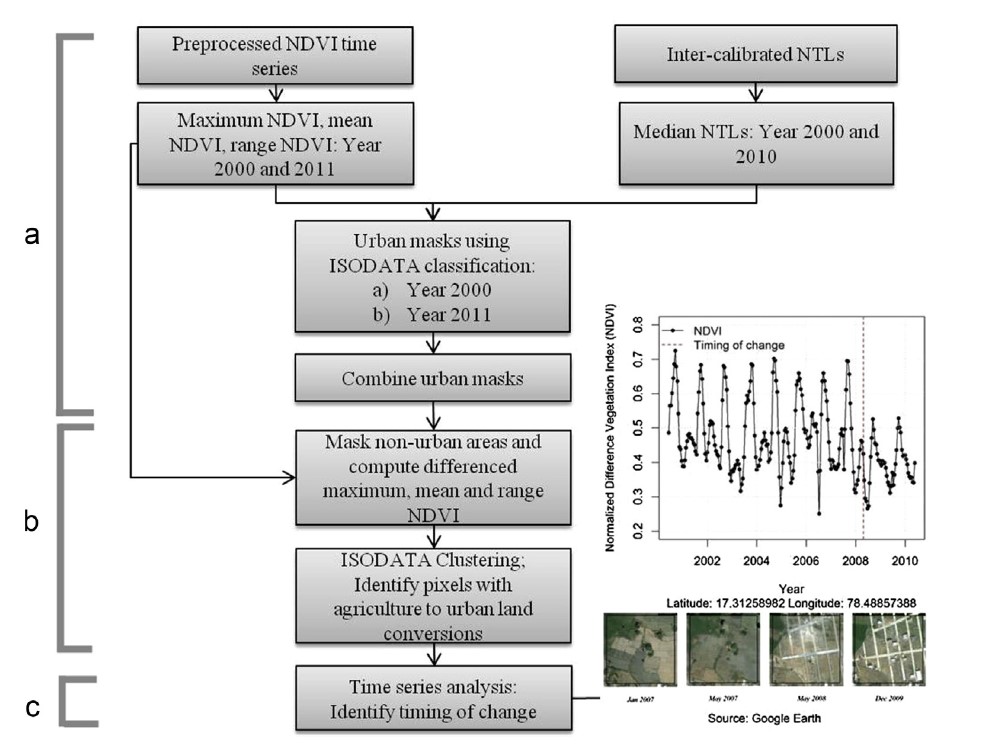 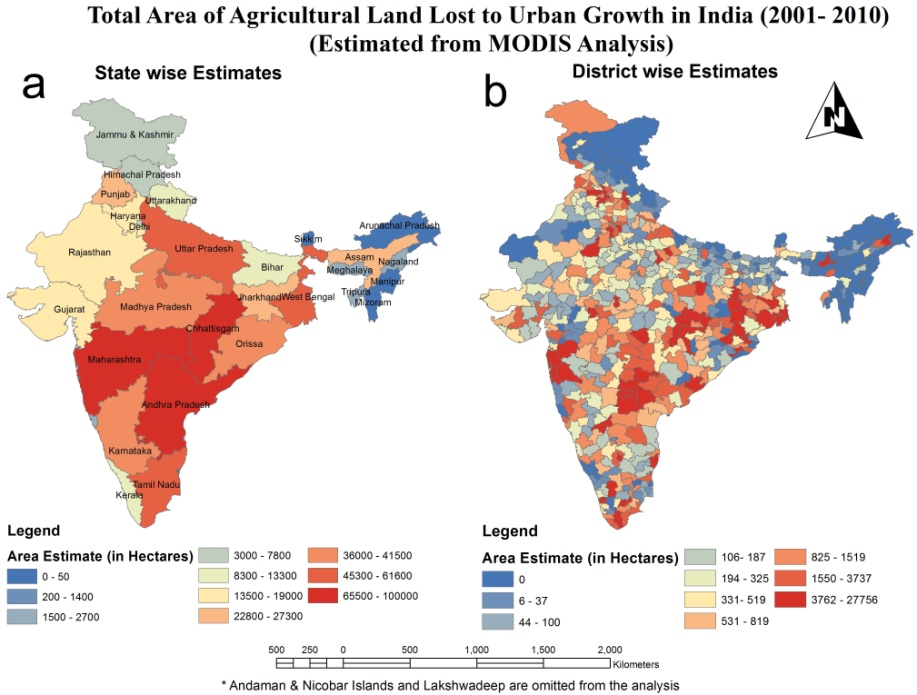 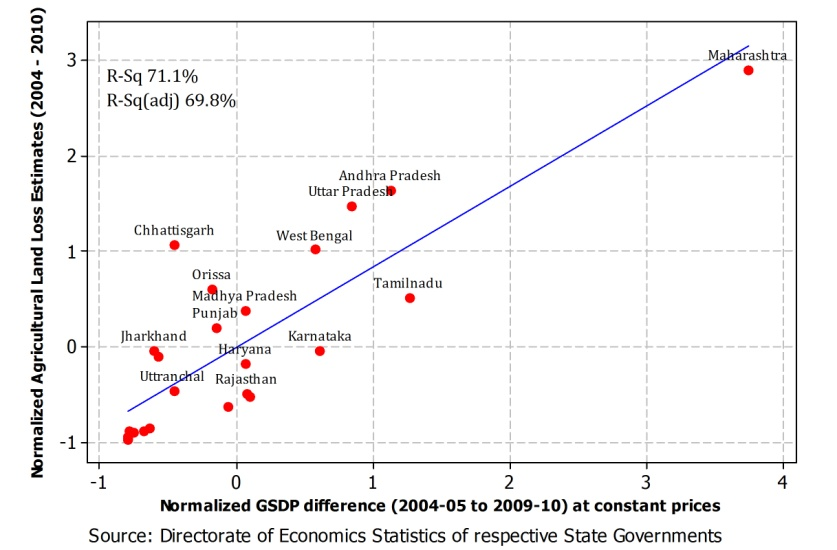