Mega Urban Changes and Impacts in the Decade of the 2000s

The IPCC Working Groups II and III recognize that a large fraction of greenhouse gases from power generation, industry, transportation, and consumption can be attributed to human settlements. Conversely, cities become increasingly vulnerable to climate change due to the rapid growth of population and infrastructures that may exacerbate both natural and man-made hazards. It is hypothesized that the exodus from rural to urban areas and economic booms in developing countries such as China and India in the decade of the 2000s has led to rapid and haphazard urban development that disproportionally impact the urban environment. These impacts may be far reaching to include not only the urban vicinity but also across regional and perhaps global scales. Nevertheless, major gaps exist in the assessment of urban impacts on environment where key parameters such as urban extent, residential areas, and commercial/industrial cores are needed.The objective of this proposal is to investigate impacts of urban changes on the environment during the unprecedented growth of large cities (what we call, megaurbanization) in the decade of 2000s. The proposed research will study these environmental changes, among others: urban heat island, urban dome, greenhouse gas emission, and pollutions in the atmosphere and water systems. It will consider various urban regions in different continents. The proposed research will also study demographic factors associated with urbanization during this decade of change including population distribution, population dynamics and changes in livelihoods such as housing, living arrangements and socioeconomic status. As such, the science team will consist of interdisciplinary researchers from multiple national and international institutions, covering a wide range of disciplines including satellite remote sensing of land use and land cover, urban remote sensing from microwave to optical frequencies, atmospheric science, chemistry, geohydrology, energy, demographics, and socioeconomics. We will use decadal data from multiple satellites including MODIS (NASA), AIRS (NASA), AMSR-E (NASA), QuikSCAT (NASA), Landsat (NASA), OMI (NASA), ASTER (NASA/NIVR), TRMM (NASA/JAXA), OLS (DMSP), SSMIS (DMSP), POES (NOAA), WorldView-2 (DigitalGlobe), QuickBird (DigitalGlobe), GOME (ESA), GOME-2 (ESA), and SCIAMACHY (ESA). Moreover, we will use measurements from aircraft campaigns and surface networks, and socioeconomic data (e.g., NASA SEDAC), and global-to-urban-scale model results. Beyond traditional methods used for land use and land change observations, we propose an innovative method based on a new mathematical transformation, called the Rosette Transform operated on satellite scatterometer backscatter data, to consistently delineate urban environment (such as urban extent, commercial and industrial cores, residential and suburban areas, etc.) and monitor interannual urban changes in each 1-km pixel in the decade of the 2000s.We propose to measure the rate of urban change and compare it with the rates of change of pollution, urban temperature change, and demographic and socioeconomic factors. The research includes major cities in Asia, Europe, America, and Africa. Urban changes may present complications such as relative effects between urban heat island and greenhouse gas in identifying temperature trends. We will use the comprehensive set of urban delineation and annual changes across areas with various rates of urban change to compare and contrast the impacts between areas with large and small changes. We anticipate the research results from this research to offer explanations on the pace and scale of urbanization and an understanding of what may lie ahead for urban environments in the coming decades. 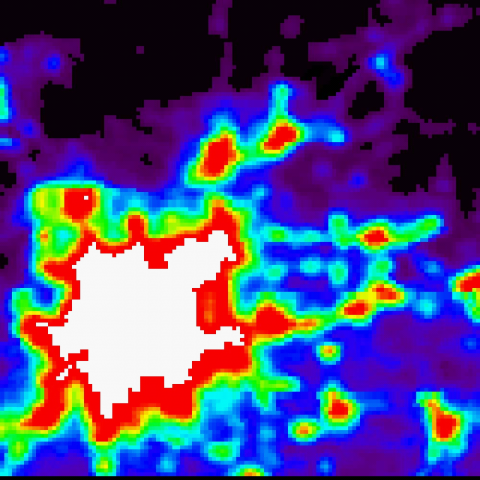 Project Products:
Mega Urban Changes and Impacts in the Decade of the 2000s.
Project Research Area: